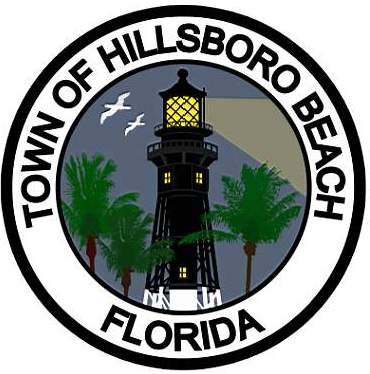 The Town of Hillsboro Beach, chartered in 1939, is situated along the Atlantic Ocean, extends 3.2 miles north from the Hillsboro Inlet and is bordered on the west by the Intracoastal Waterway.  It is named after the Earl of Hillsborough, of Irish Peerage, who was named Secretary of State for the Colonies in 1793, even though he never set foot in America.

Incorporated in 1939, the town remained inactive until 1947.  Ernest Wooler, a pioneer homeowner and a founder of Rolls Royce, became the first Mayor.  There were 17 voters, 9 private homes and four groups of rental cottages and the Hillsboro Club.

The town is governed by five Commissioners who select the Mayor.  It also has its own police, water wells located across the Intracoastal, and contracts with Deerfield Beach for emergency and fire services.

There are presently approximately 2,300 residents and the winter population doubles.  Voters now number over 1,500.

Today land is scarce and extremely valuable.  Hillsboro Beach has not increased its business, having only the Hillsboro Club and perhaps one or two rentals.  Construction consists mainly of replacing the old with newer homes and condominiums.